The economic effects of home telehealth can be discussed using direct or indirect measures of costs and cost savings.  Direct measures include figures such as cost per patient, cost per telehealth unit, and annual costs.  Examples of indirect measures are probability of patient hospitalization, number of emergency room visits, and other types of health service use.  Though a formal economic analysis would typically assign these services a fixed dollar value, other study designs often report changes in service use without attempting to translate these changes into costs or cost savings.

The majority of economic analyses are of home telehealth programs in the United States.  Their findings are of limited applicability in the context of the Canadian health care system.  Though significant cost savings were seen in one analysis of a program that significantly reduced bed days of care, short-term implementation costs can be high enough to offset any savings from reduced use of health care services.  A recent study reported that a clinical decision support system for patients and physicians was clinically advantageous, but not cost-effective.  However, the authors note that widespread adoption of the system would mean possible economies of scale.  As this study was retrieved in a final scan of 2011-2012 literature and was not subject to the same level of analysis as the other studies included in this review, we will not attempt to extrapolate beyond the conclusions provided by its authors.  See O’Reilly et al. (2011) for more details.

The evidence on the effects of home telehealth on primary care use is inconclusive, but there appears to be a tendency towards increased use by those in home telehealth programs.  It should be recognized that an increase in need-based primary visits can be a positive thing if it prevents emergency department visits and hospitalizations.  At the moment, there is not enough evidence to say whether this is what is occurring.

Hospitalizations frequently decrease among users of home telehealth services.  However, it has not been convincingly demonstrated that this improvement is attributable to the intervention.

At present, there is no reason to believe that home telehealth reduces specialist appointments.

Summary: One multi-part study reported on emergency services use. There is some evidence that home telehealth has the potential to reduce use of emergency services, but so little research has been done that it is not clear whether reductions are widely achievable. While studies of the VA-CCHT program have yielded some thought-provoking findings, there are notable weaknesses in several of the study designs. The effects of diabetes telehealth applications on emergency service use require further investigation.

Study Details: The effects of the Veterans Affairs’ Care Coordination/Home Telehealth (VA-CCHT) home telehealth program for diabetes were reported in Chumbler et al. (2005a, b, c).

Chumbler et al. (2005a) was a single-group retrospective study of VA-CCHT. The probability that a patient would have 1 or more visits to the emergency department decreased significantly following enrollment in the program (11% reduction; p=.04). The authors note that this may be explained by regression to the mean.

Chumbler et al. (2005b) was a 2-group retrospective study in which 2 variants of the VA-CCHT program were compared. One group of patients was required to mail instant photographs of wounds to care coordinators on a weekly basis. These photographs were evaluated to determine whether there was any need for follow-up. The remaining patients received daily monitoring via 1 of the following: a hand-held messaging device, a 2-way audio/video connected telemonitor, or a videoconferencing system.

The weekly monitored group had a 15% decrease in diabetes-related emergency department visits at post-test when compared to the pre-test (Chumbler et al., 2005b). However, there was no significant difference in all-cause emergency department visits between the groups over the 12 months of the study. Differences between the groups at baseline make the significance of this outcome difficult to ascertain. All of the patients in the weekly monitored group had severe wounds that needed to be monitored, while only some of the patients in the daily monitored group had wounds that required careful attention.

Chumbler et al. (2005c) reported on a study with a retrospective, concurrent matched cohort design. They found a statistically significant decrease in the likelihood of 1 or more emergency department visits for both the intervention and control groups. There was also a statistically significant difference between the groups, favourable to the intervention group (effect size 0.29 ; p<.05). The results of a sub-group analysis at 1 of the sites are noteworthy: when controlling for HbA1c, the telehealth effect on emergency department visits to be insignificant.

Summary: (Re-) hospitalization outcomes were reported in 5 studies. Hospitalizations frequently decrease among users of home telehealth services. However, it has not been convincingly demonstrated that this improvement is attributable to the intervention.

Study Details: The majority of the evidence on (re-) hospitalizations was found in studies of Veterans Affairs’ programs that used home telehealth in conjunction with care coordination. Publications reporting hospitalization rates for interventions that took place within this context included Barnett et al. (2006), Chumbler et al. (2005a, b, c), Dang et al. (2007), and Jia et al. (2009). Ralston et al. (2009), in which patients were offered online educational material and access to their electronic medical records, also reported on system use.

Studies of the VA-CCHT programs indicate that home telehealth has a positive effect on all-cause hospitalization (Barnett et al., 2006; Chumbler et al., 2005a, b, c; Dang et al., 2007; Jia et al., 2009). Interventions delivered via hand-held home messaging devices, 2-way audio/video connected telemonitors, and videoconferencing systems were all found to decrease all-cause hospitalization. Note, however, that concurrent comparison groups and prospective measurement of exposure and outcomes were not used in any of these studies. For further details, see Table C.8.3.3: System Outcomes – Hospitalizations- All-Cause Hospitalizations (below).

Summary: Primary care use was reported in 3 studies, including a multi-part study of the VA-CCHT programs. The evidence on the effects of home telehealth on primary care use is inconclusive, but there appears to be a tendency towards increased use by those in home telehealth programs. It should be recognized that an increase in need-based primary visits can be a positive thing if it prevents emergency department visits and hospitalizations. At the moment, there is not enough evidence to say whether this is what is occurring.

Study Details: As with other outcomes related to system use, the bulk of the evidence on primary care use is traceable to studies of VA-CCHT programs (Barnett et al., 2006; Chumbler et al., 2005a, b, c). Ralston et al. (2009), though reporting on the number of visits made to primary care providers over the course of the intervention, prefaced findings with the statement that the study was not designed to reduce or powered to detect the effects of the intervention on use of the health care system.

Barnett et al. (2006) reported that the intervention group had an increase in care coordinator-initiated primary care clinic visits over the 24-month study, whereas the control group experienced a reduction in this measure. An 8.7 percentage point increase in the number of visits was attributed to the intervention (p=.04). Results from a sub-analysis of 1 study site that controlled for HbA1c contradicted this finding, reporting that the intervention group had a significant reduction in primary care clinic visits over the 2 years (59.0% to 21.0%; p<.001). The decrease within the control group was not as great and failed to reach significance (38.0% to 22.6%; p= .06). A statistically significant reduction of 21.0 percentage points was attributed to the intervention (p =.03).

Ralston et al. (2009) reported on the impact on primary care provider visits of an intervention that lasted 9 to 15 months. They found no significant difference within or between the intervention and control groups at pre and post-test observations. As noted above, the study was not designed to reduce, nor powered to detect an intervention impact on, health resource use or cost.

Study Details: Changes in use of specialist care use are reported in Boaz et al. (2009), Ralston et al. (2009), and a number of analyses of VA-CCHT programs (Barnett et al., 2006; Chumbler et al., 2005a, b, c). Chumbler et al. (2005b) reported a significant increase in ophthalmology visits in a group of patients using weekly monitoring (19% increase; p<.01). However, the difference between this group and the daily monitoring group was not significant. No other significant differences within or between groups were reported. See Table 8.8.3: System Outcomes – Specialist Appointments, below, for details.

Summary: Telehealth costs and cost comparisons were reported in 6 studies, none of which took place in Canada (Barnett et al., 2007; Boaz et al., 2009; Cho et al., 2009; Dang et al., 2007; Forjuoh et al., 2007, 2008; Shea et al., 2006). Significant cost savings were seen in one analysis of a program that significantly reduced bed days of care. Generally, the short-term implementation costs of home telehealth were high enough to offset savings from reduced use of health care services in some cases. There is some evidence that targeting select patient sub-groups could improve the average cost-effectiveness of home telehealth interventions.

Study Details: Few comparative analyses of telehealth costs have been undertaken. An exception is Boaz et al. (2009), in which intervention group patients made no unscheduled visits to the diabetes clinic during the 6 month intervention, while the control group made an average of 2.5 visits per patient. Each extra visit cost $50. Savings from reduced system use were therefore calculated at $125 per patient. The telemedicine system itself cost $150 per patient.

Dang et al. (2007) also enrolled patients from a Veterans Affairs medical centre. The telehealth intervention studied had an average cost per patient of $2,385 for the first year. This included salaries, equipment, and other items associated with the program. Cost savings from the reduced bed days of care achieved by the intervention were estimated at $292,000 per year for 41 patients.

The intervention used in Cho et al. (2009) involved a specialized mobile device, or ‘diabetes phone’, that enabled transmission of blood glucose data. The expense of this phone was described as prohibitive and was identified as a barrier to clinical implementation. The authors anticipated that emerging technologies might provide lower-cost alternative to the device, thereby making widespread adoption more feasible.

The home telehealth equipment featured in the multi-part IDEATel studies (Shea et al., 2006) had an average unit cost of $3,425, plus $110 for the glucometer and cable. This price does not include health human resource costs.

Forjuoh et al. (2007, 2008) estimated that the cost of their Central Texas intervention was roughly $650 per patient. This included $200 for the personal digital assistant (PDA) used in the study, $25 for software, $65 for manual development, $220 for training and monitoring, $80 for HbA1C testing, and $60 in monetary incentives.

Recent Developments: A scan of material from 2011-2012, a time period not covered by our initial searches, found 1 additional article that addressed telehealth costs and cost savings (O’Reilly et al., 2011). In this study, use of a clinical decision support system for patients and physicians was associated with clinical improvements, but was not considered cost effective. However, the authors note that widespread adoption of the system would mean possible economies of scale. As this study was not subject to the same level of analysis as the other studies included in this review, we will not attempt further analysis. See O’Reilly et al. (2011) for a full breakdown of costs. 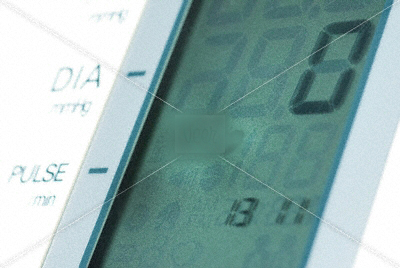